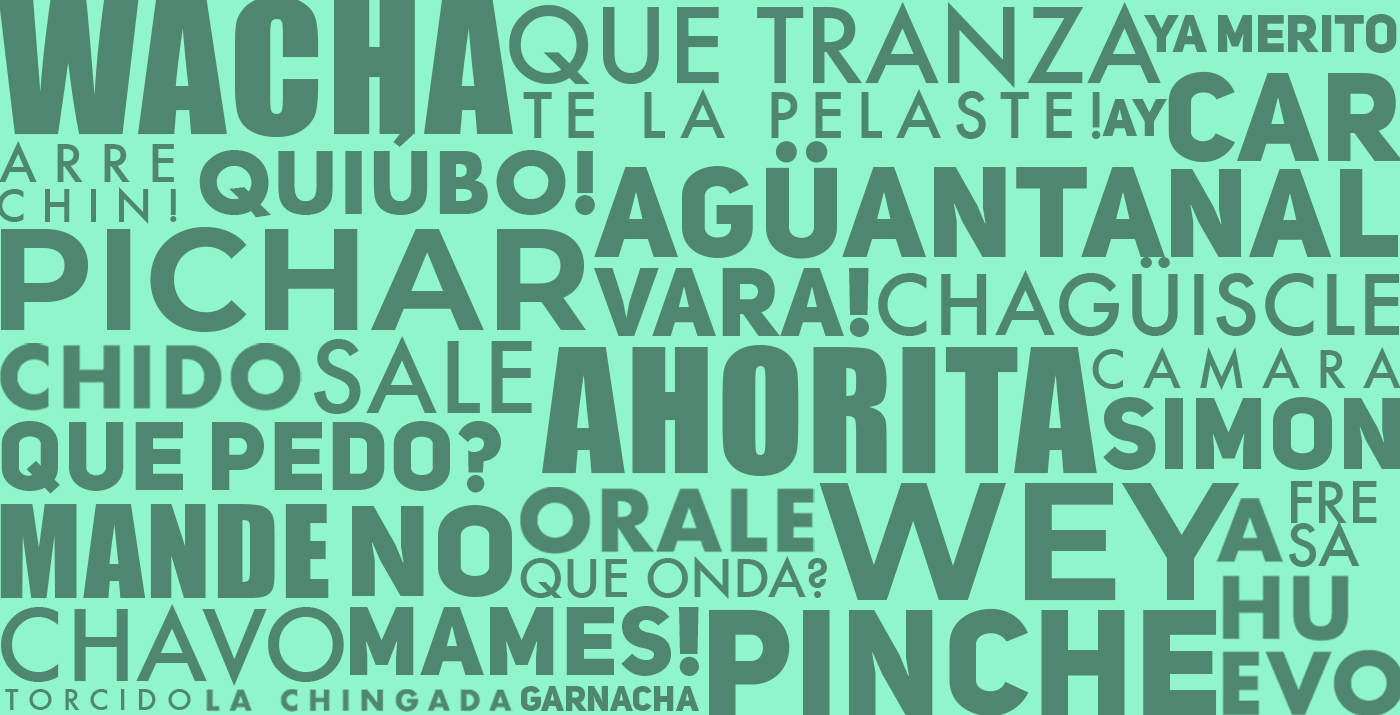 This famous mexican words means “cool”. If you are seeing something really cool you are going to say : “¡qué chido!”. For example you go to the beach and the landscape is really nice so you say “Esta playa está chida no?”.

In spanish, wey or güey (there is different type to write it) is like “dude” or “bro”. Mexicans use it all the time, for boys and girls. Like when they are calling someone: “¿Oye wey, qué estás haciendo?”. They use it in all the sentences. That’s the word to know for your semester. If you want to know more about this word you can read this: https://www.milenio.com/cultura/wey-origen-y-significado-de-la-palabra

In Mexico, we don’t use the “vosotros”. Instead we use “ustedes”. When it’s a group of people you are basically going to use a formal way to speak to them. If you are meeting two friends for example you are going to say : “¿Holà chicos, cómo están?” and no “¿Holà chicos, cómo estáis?”. At the beginning if you are used to use the “vosotros” it’s gonna be a little disturbing but you are quickly going to get used to it.

This is a really specific Mexican word. Not all the Mexicans use it but you will hear it sometimes, in particular from the professors. It’s like “sorry”, or “excuse me” but in the meaning of “what did you say?”. This word is a contraction of the verb “mandar” which means “to order”.

A basic of the Mexican language. Everyone say it. It will be one of your favourite expression here in Mexico. For example when you see something incredible or on the contrary, something awful you can say “¡no mames!”. When someone tells you something you can’t believe you can also say it. They have a degree of importance, the “no mames” is stronger than the “no manches”.

It’s a really idiomatic expression, young Mexican people use it all the time. We can translate the meaning with the way are used the words “bloody”, “fucking” or “damn”. For example  you will say, “¡Este pinche vuelo está super caro!” for “This bloody flight is really expensive”.

This word is like “ok” or “de accuerdo”. It’s similar to the “vale” used in Spain. For example when your friend will tell you “¿Vamonos?” then you can answer “sale, ¡sigame!”. Or when your friend tells you about a meeting in an hour at a specific place you can also answer “¡sale!”.

This expression have different  meanings.

If you use it after doing something great and scream ¡a huevo! it’s like expressing your victory

If someone asks you somehing and you answer “a huevo”, it’s like saying “of course”.

That’s a word used among young people. Litteraly “tomar” means “to take” it is used as “to drink”. For example “¡ven, vamos a tomar una chela!” is like “come on we are gonna drink a beer”.

It’s just another way to say “cerveza” which means “beer”.

Here you will not hear “subete en mi coche” if not “subete en el carro”. This word is just a change of vocabulary in Mexico.

It used to describe a cultural stereotype of superficial youngsters. To point someone out who is usually a rich boys or girls, or who act like ones.

It basically designs a girl and a boy. They are others words to say “un chico” and “una chica”.

That’s not just a word to say “right now” or “in a minute”. In Mexico be careful with that. If a Mexican should meet you “ahorita”, it means in like 30 minutes, or an hour. Punctuality is a really vagueness concept in Mexico. But don’t worry, you will get used to it.

WITH THESE BASICS EXPRESSIONS AND MEXICAN WORDS YOU ARE READY TO SOUND LIKE A NATIVE!

Also find the apps you will need during your exchange semester in Mexico: https://www.conexionmexico.com.mx/best-apps-semester/